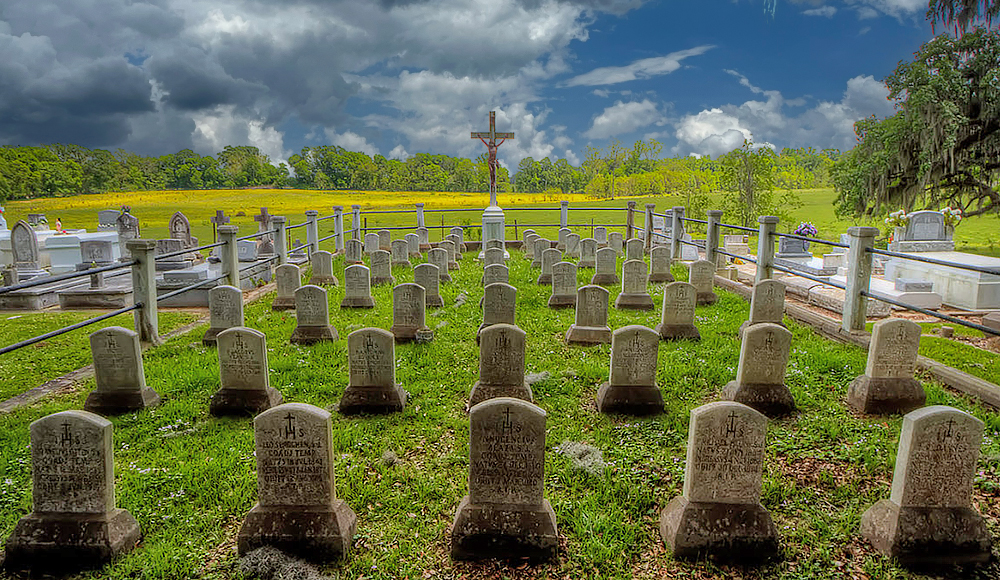 Please submit your Mid-South genealogy & history records for researchers to share. Send your information to the Mid-South Genealogy & History Network at msghn@outlook.com

If you have information about a tombstone symbol that is not on our list, please let us know.

Alpha and Omega - The beginning and the end.

Anchor, Sextant, & Cross Staff - Could mean the person was a Mariner.

Anchor with Chain or Rope - Emblem of the United States Navy.

Angels - Spirituality; Guardians of the tomb.

Angel, Praying - Advocate asking God for mercy on behalf of the deceased.

Arches, Double Stone - Being Rejoined in Heaven With Partner.

Axe, Knife, & Cleaver - Could mean the person was a Butcher.

Awl, Knife, & Nippers - Could mean the person was a Shoemaker or Cobbler.

Barber Bowl & Razor - Could mean the person was a Barber.

Bible - The Holy Bible is often found on the tombstones of Christians.

Books, Holy - Often found on the tombstones of members of the Church of Jesus Christ of Latter-Day Saints (Mormons). Two books indicate the Bible and the Book of Mormon. Three books represent the Book of Mormon, the Doctrine & Covenants, and the Pearl of Great Price.

Books, with or without Apple - Could mean the person was a Teacher.

Chain, Broken Links of - Death of a Spouse.

Circle of Leaves - The Circle (Womens auxillary - Woodmen of the World)

Column, Broken - Decay / Loss of the Head of the Family

Corn, Stalk of - Could mean the person was a Farmer.

Coulter (hoe) - Could mean the person was a Farmer.

Cross - General Symbol of Christianity. Represents the Ressurection to many Christian religions.

Cross with Crown - In Mississippi it is usually a Christian symbol of sovereignty of the Lord.

Cross with Flames - Symbol of the Methodist Religion.

Cross with Jesus Christ - The Crucifixion; The Sacrifice of Christ.

Cross, Celtic or Irish - Episcopalians call this the Celtic Cross, while Catholics call it the Irish Cross. Often used to denote the graves of Monks or Priests.

Cross, Crusader's - Symbol used by Europeans during the Holy War against the Muslims.

Cross, Egyptian or Coptic - Used by the Gnostics and the Copts, it was devised from the ancient Egyptian symbol, ankh, which symbolizes life.

Cross, Greek - Most commonly known as the symbol adopted by the International Red Cross.

Cross, Jerusalem - Adopted by the Church of the Holy Sepulcher. This is another cross from the Crusades.

Cross, Orthodox, Patriarchal, or Eastern - The top cross bar represents the sign "Jesus Christ, King of the Jews", placed on Jesus' cross by the Romans.

Cross, Roman or Latin - Came about as a result of the Great Schism between Eastern Orthodoxy and Roman Catholicism.

Cross, Southern Cross of Honor - Usually found on the tombstones of Confederate Veterans.

Cross, St. Andrew's - According to legend, when St. Andrew was martyred he claimed he was not worthy to be hung on a cross shaped as Jesus' cross. He requested that this shape be used for his execution.

Crown - The soul's achievement and the Glory of life after death.

Crown with Cross - In Mississippi it is usually a Christian symbol of sovereignty of the Lord.

Dove, Decending - Decent from heaven to accompany soul to heaven.

Flail - Could mean the person was a Farmer.

Flame - Immortality of the Spirit; The Resurrection.

Fleur-de-Lis - Faith, wisdom and valor; The Trinity, passion and love.

Hammer, Anvil, & Crown - Could mean the person was a Blacksmith.

Hammer & Square - Could mean the person was a Carpenter.

Hand, Pointing Up - Pathway to Heaven.

Hands with Rosery Beads - Symbol of the Catholic Religion.

Hands, Blessing - Blessing those remaining behind.

Hands reaching for the Lord's Hand - Faith that the Lord will help us to Heaven & Eternal Life.

Heart - Love; Affection of the living for the dead.

Heart, Sacred - Commonly found in Catholic Cemeteries. Representative of the suffering of Christ for our sins.

"I" made with railroad tie - Employee of Illinois Central Gulf Railroad.

Lamp - Immortality of the Spirit; The Resurrection.

Light - Immortality of the Spirit; The Resurrection.

Loom, Shuttle, & Stretcher - Could mean the person was a Weaver.

Medal, Ribbon with Heart & likeness of George Washington. - Purple Heart, a U.S. Military medal given to soldiers wounded in action.

Menorah - An Emblem of Judaism.

Rake & Spade - Could mean the person was a Gardener.

Ring, Broken - A Family Circle has been severed.

Rod - Comfort for the Bereaved.

Rose, Fully opened - Death in the prime of life.

Scales - Could mean the person was a Merchant.

Scimitar with Rose & Crescent - Daughters of the Nile.

Spinning Wheel over Distaff filled with Flax - Daughters of the American Revolution.

Staff - Comfort for the Bereaved.

Star - The Order of the Eastern Star (Masonic).

Star - The Light of the Spirit overpowers death.

Star, 5-Pointed with Wreath & "US" in Center - American Legion Emblem.

Tourch - Immortality of the Spirit; The Resurrection.

Tree Trunk - Brevity of Life; Member of Woodmen of the World.

Trumpeters - Harbingers of the Resurrection.

Wedge & Level - Could mean the person was a Mason by trade.