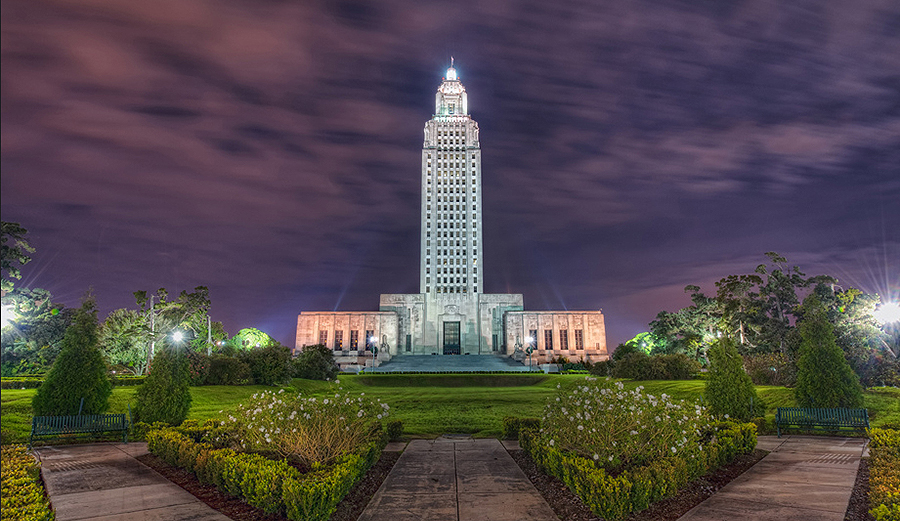 Walthall County, whose seat is Tylertown, is one of the newer counties in the state having been created from Marion and Pike Counties in 1912. At least two-thirds of it once belonged to Pike County and the early histories of the two counties are so closely interwoven that they are difficult to separate.

However, because of legal technicalities, the county did not set up its local government until 1914. The county has a total area of 403 square miles.

Our county is located in the southern part of the state, in what is known as the long leaf pine belt. It is situated on ridges, or hilltops, forming the divides between streams, with a sloping surface draining to the south; while the hilltops are rounded and the latter areas not too level for good drainage. The county is about 300 to 400 feet above sea level in an area sloping gently toward the south.

The even climate is one of the county's best assets with short open winters favorable to the growing of early crops for the markets. The annual rainfall is about 65 inches per year.

Walthall is one of the smallest counties in the state; yet it has many advantages over some of the larger counties, and has made rapid progress during the last five years. Not only has it progressed in the agricultural lines, but in the educational and industrial lines as well.

In its early history, this county was mostly agricultural, with cotton being the major crop. Although corn, potatoes, sugar cane, and other crops yielded excellent returns for the farmer. (Today, the scene has changed and the main enterprises are now dairying, the raising of beef cattle and tree farming.)

The oldest settlements in the county are China Grove and Sartinsville; both of which have interesting histories. History shows that the first settlers in the China Grove section arrived in 1802.

China Grove community, so called because of a large grove of china trees set out on the grounds around the school house and church, was first settled in 1815, according to "Luke Conerly's History of Pike County." The land for the church, which was the center of the community, was first deeded to the church July 20, 1840. The deed itself is dated four years earlier, October 4, 1836, but was not recorded until the later date. An interesting feature of the deed is that although it was public land, it is described by roads, trees and creeks, rather than by township, section, and range. In 1855, N. Raiford, one of the community's early settlers, took up this land from the government and re-deeded the church property to the community.

In the historic cemetery adjoining the church, many of Walthall County's leaders have been buried.

Citizens of China Grove were farmers who came from English, Scotch and Irish stock. Many of them migrated to this section from South Carolina; others came from the New England states.

In addition to farming, at which many of them prospered, the citizens operated several small mills. Drury and Stovall employed John Barnes, the grandfather of Major Sartin, to construct a set of mills about a mile south of the church. These mills, which were run by water power, included an upright saw, cotton gin and press, a rice pestle mill and fan and a grist mill. One resident, a Benjamin Holmes, in addition to being a farmer was also a bell manufacturer. He made them by hand in his shop and supplied his neighbors with bells.

At present, the old church and one or two old homes are all that are left of China Grove. The post office which was established in 1836 had been discontinued, the school abandoned. The church, a one-story frame structure built in 1854, is used only for funerals. The building has a balcony, which in pre-Civil War days was used by slaves, who, like their masters, attended church regularly.

In 1813, Sartin's Church was established by John Sartin and others. This community is now known as Sartinsville. The Conerly "History of Pike County" says one Stephen Ellis was the prime mover in the establishment of this church, whose first building was made of peeled pine logs.

Another group of settlers at an early date established their homes along Magee's Creek, the largest creek in the county. In 1842, Chauncey Collins, who came here from Connecticut, settled on this stream and established a tannery and shoe shop. He is said to have prided himself on the high type of work he turned out and in order to have his hides properly tanned, kept them in vats for two years.

Tylertown, the only incorporated town in the county, was first known as Magee's settlement. Cullen Conerly went there in 1850, became owner of a tract of land, bought a small store known as the Garland Hart Store, and established a post office which was called Conerly's post office for many years.

Mr. Conerly erected a mill about a mile from the Tyler of Owens mill, which, according to history, was first located on Dry Creek about 1800 or 1805 by a Jacob Owens. Because of a lack of water, Owens went lower down and built another mill which subsequently became the property of William Clanville Tyler, for whom Tylertown is named.

According to available history, the land on which Tylertown is located was originally acquired by J. Thornhill, September 20, 1808.

During the time that this county was being settled and Tylertown was growing into a town, Walthall County, as a county, did not exist. This land, now known as Walthall County, was part of Marion and Pike Counties until 1914, when it set up its local government.

Walthall County was created by an act of the Legislature while Governor Earl Brewer was the head of the state.

It was named for General Edward Cary Walthall, who served Mississippi faithfully for many years. General Walthall's service during the War Between the States won recognition throughout the Confederacy. He served the state as United States Senator from 1885 to 1894, resigning on account of ill health.

Owing to legal technicalities, the county officials did not take office until May 1914, although the county was created in 1912, from parts of Pike and Marion Counties.

The county's first officials appointed by the governor took their oath of office in May, 1914. These officials were: S. A. Simmons, Sheriff; C. H. Carruth, Chancery Clerk; J. J. Lee, Superintendent of Education; B. B. Breeland, Circuit Clerk; and G. C. Ball, Assessor. The members of the first Board of Supervisors were: D. M. McElveen, W. H. McDaniel, W. B. Dunaway, T. B. Jones, A. D. McGuffie. The County Treasurer was L. O. Bridges.

These officials served until Jan. 1916, when new officers elected in the general election of 1915 were installed. At this time, S. A. Simmons was re-elected Sheriff; J. C. Luter, Chancery Clerk; C. W. Hinson, Circuit Clerk; B. B. Breeland, Assessor; C. I. Brumfield, Superintendent of Education; and H. J. Brumfield, Treasurer.